We’re coming full circle on this whole complexity business. I’m sure everyone’s tired of it by now, so this will newsletter will wrap it up.

But: the study of complexity has introduced a lot of neat and important concepts - which, perhaps unsurprisingly - will pave the way for even more neat and important topics in the future, such as antifragility or optionality or game theory.

That’s the cool thing about once you get a new lens to look through, suddenly you’re able to see the world completely differently. Today it’s a bunch of graphs, tomorrow a biological organism, next year a computer simulation. That’s the power of imagination.

There’s this interesting thing about systems: they don’t start out as systems. They start out as a bunch of pieces doing their own thing. At first, it’s kind of chaotic and disorderly and random. You can think of a few birds flying together - there’s no pattern here: 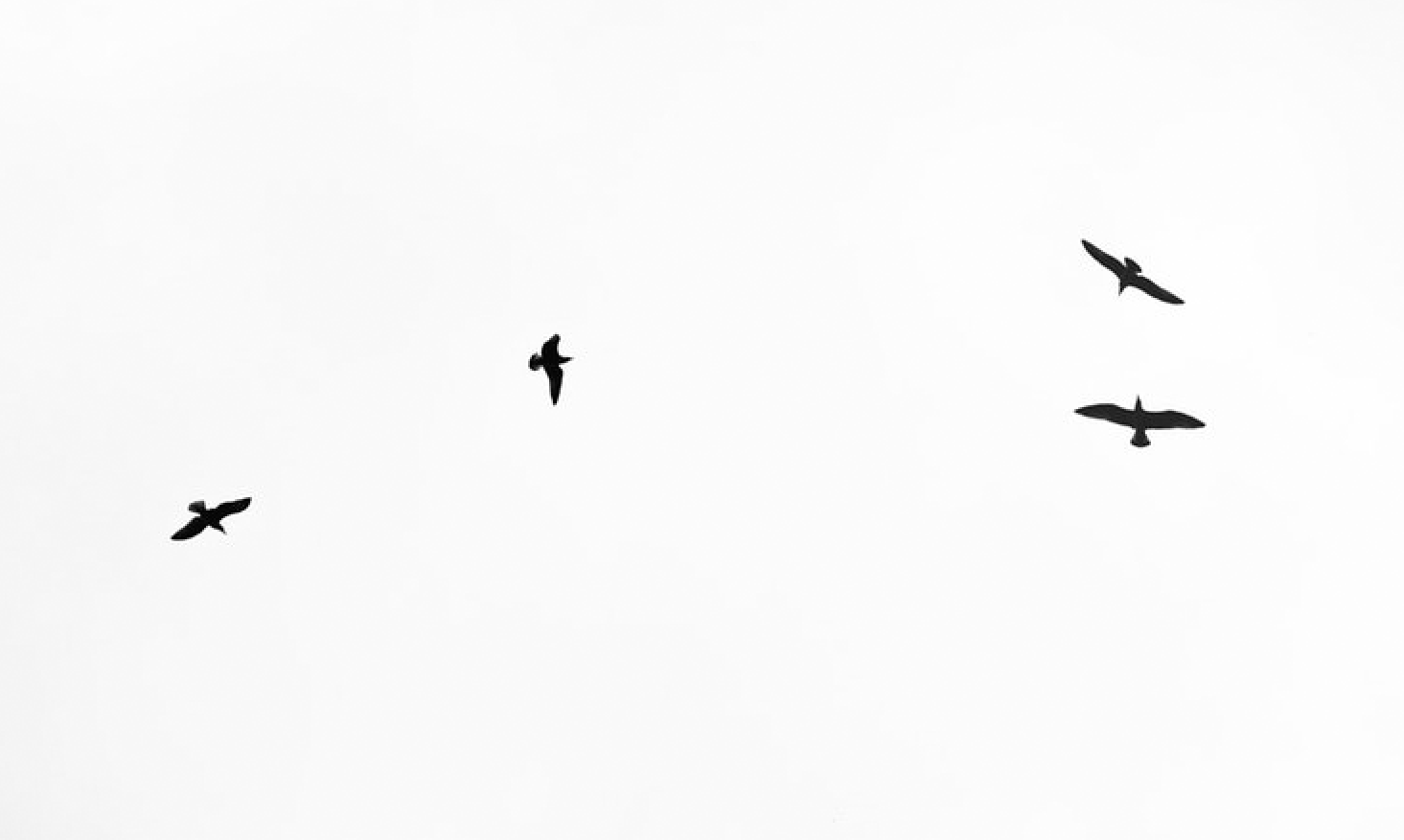 But when you get enough birds together, patterns start to develop. Order emerges from disorder. Like with this flock of birds:

And it’s not just that these systems look differently. They function differently: a flock of birds is safer and more aerodynamic (allowing for birds in the back to rest) than any one bird traveling alone.

The same is true of people composing a society, or molecules composing water, or cells composing an organism. Cells don’t have a nose, nor they can smell - but noses can.

A system develops new high-level properties, enabling it to do things that no part alone could otherwise do. Imagine that: as we build ever larger and more complex systems, we will actually engineer new properties and behavior which have never existed before[1].

Most often, we - as in humans - design systems in order to create certain functionality. This is a top-down approach: we specify what we want, then assemble the requisite parts.

But here’s something interesting: can you think of any natural system created this way? Do waterfalls emerge by joining rivers and rocks, or beaches by hauling sand toward the ocean? Do tides form by carefully positioning the moon, or hurricanes by seeking large bodies of warm water?

In fact, natural systems do not operate from the top-down. Rather they emerge from the bottom-up. Pieces gravitate toward one another, coalescing to create a more complex whole - often with entirely new behavior.

While humans have a bias for viewing systems from the top down, most complex system behavior is actually the product of bottom-up interactions and emergent phenomena.

While we may be able to identify new properties and functionality at the system-level, these “emergent phenomena” do not seem to persist. Rather, complex systems transform and evolve, oscillating through various states of existence.

What do I mean? Consider an economy: it is not static, but instead travels along a business cycle of expansion and recession. During one “regime,” the economy behaves completely differently than the other.

Or consider your body: you may endure physical or psychological stress for a certain time, but after too long, your body will simply operate in a different state. In this degraded state - called “allostatic load” - you’re unable to perform the same way as during normal conditions.

Regime switches are everywhere. The French Revolution, the Great Depression, the civil rights movement, Brexit and Silicon Valley all kicked off new regimes. And once you’ve switched regimes, the rules you once used to understand the world simply no longer apply.

I find this fascinating: we focus so often on identifying rules and models and heuristics. But the real skill is identifying when those patterns break down - when we’ve switched regimes!

Complex systems almost always feature some degree of chaotic behavior: that is, small changes in initial conditions can spiral into vastly different outcomes[3]. The apocryphal story here is the “butterfly effect”: a butterfly flapping its wings in China can - through some chain of events - produce a hurricane in the United States.

Closer to home, chaotic behavior sometimes goes by the name of “unintended consequences.” It’s when you check your phone while driving, veer ever so slightly into another lane, and somehow cause another car to get into an accident.

How does such a small thing seem to compound and cascade into a such a large outcome? Well, we operate in complex systems after all.

Being aware of chaotic behavior is extremely important: it tells us that in complex systems, there will always be outcomes which we can’t possibly anticipate. Here - in what is called “Knightian uncertainty” - some risks simply cannot be estimated or quantified.

That may surprise you given the confident prognostications of “experts” in finance or medicine or technology. But these are complex systems! Therefore we know that some behavior of the system will forever be completely unpredictable. And the more complex the system, the more unpredictable it will be.

[1] For a broad overview of emergent properties, check here.

[3] Chaotic behavior does not mean random behavior - in fact, it is “deterministic” insofar as we know how the system will behave given we know everything about its initial conditions.