In the last newsletter, I wrote about “emptiness,” which is the idea that things as we know them don’t have any inherent existence. To remind myself what this means, I think of the “ant test.” Whatever you’re looking at - say it’s a computer - would an ant also call it that? Probably not. It’s only a “computer” to you.

This realization is quite empowering. It tells us that the things we recognize depend on our perceptions and our beliefs. Our version of reality is precisely that: our version. It is perspective-dependent. Again, to the ant, whose perspective is different, reality is also different.

But what if we could change our perceptions and beliefs? Would things as we know them change?

This is called reframing: once we change our beliefs about something, we change what it is to us. In the land of pseudoscience, this is called “mind over matter” - but in the land of science, it’s just called the “placebo effect.” Our minds play a very important role in the reality we experience.

One wonders: could you even reframe something so anathema to our existence, such as death?

This particular essay by Robert Pirsig, the author of Zen and the Art of Motorcycle Maintenance comes as close as I’ve ever seen. Pirsig reflects on the death of his son by pondering what “death” is, and by extension, what life is.

What is it exactly that we’re holding on to when someone we love dies? What is that thing? Pirsig writes:

Where did Chris go? He had bought an airplane ticket that morning. He had a bank account, drawers full of clothes, and shelves full of books. He was a real, live person, occupying time and space on this planet, and now suddenly where was he gone to? Did he go up the stack at the crematorium? Was he in the little box of bones they handed back? Was he strumming a harp of gold on some overhead cloud? None of these answers made any sense.

I won’t spoil the conclusion - I encourage you to read the short essay - but it’s a testament to the power of reframing.

A persistent feature of the human condition seems to be cyclicality. History repeats itself. Things that happened before will happen again.

We have business cycles and political cycles, vicious cycles and virtuous cycles. We cycle through moods and relationships and even our day-to-day routines. Life itself - death and rebirth - can be viewed as a cycle. 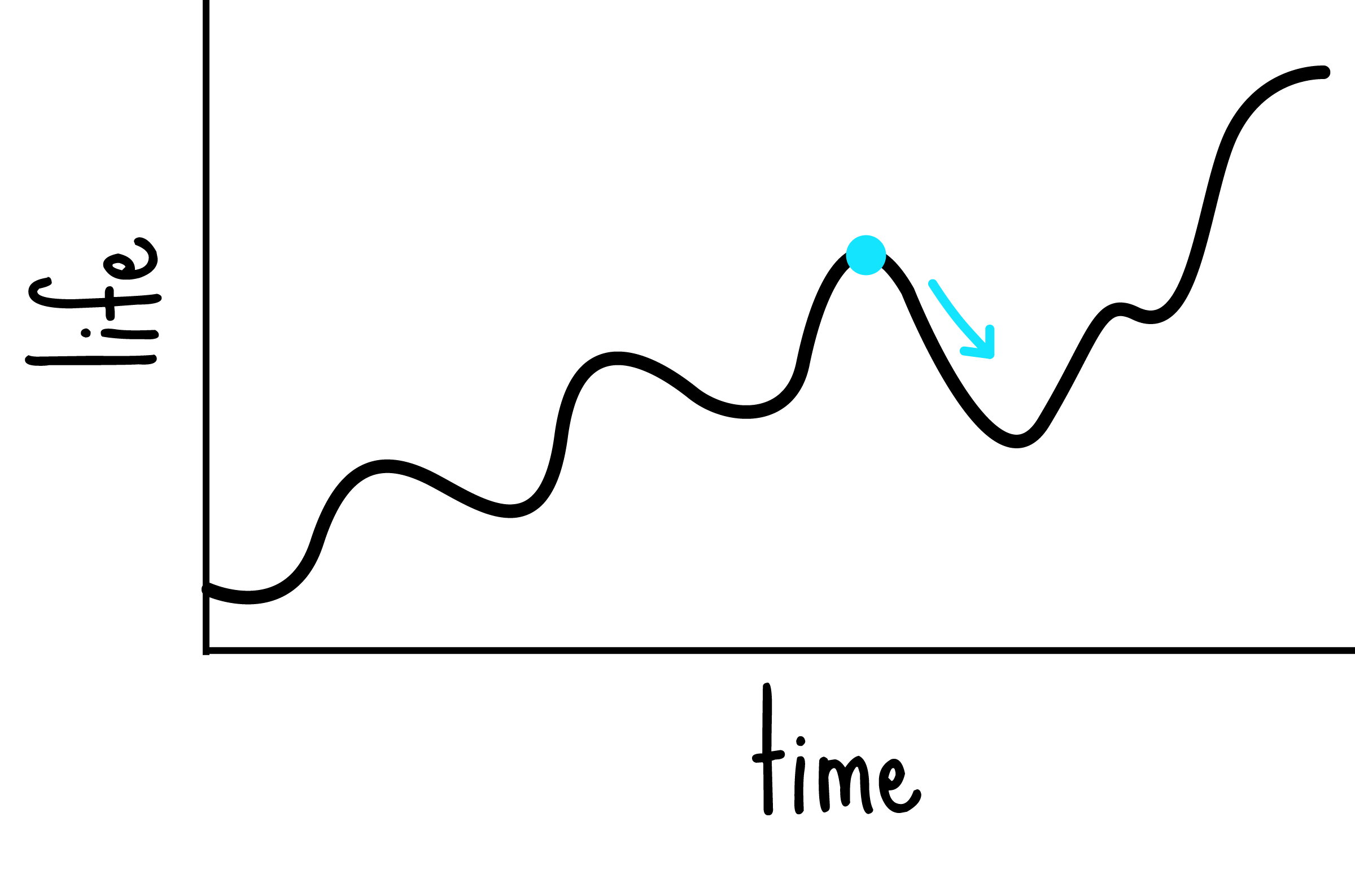 When we view life through cyclicality, there is no flat land, no place where we can turn on cruise control. Instead, you’re always on some part of the hill: maybe a peak, maybe a trough, maybe somewhere in between. But ultimately you’re on the cycle.

When things are going well, or when they are going poorly, we shouldn’t think it will persist forever. Nothing does. Instead we should ask: “what part of the cycle am I on?”